We Speak a Different Language 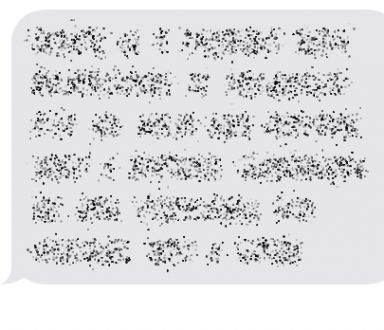 Paul Carlberg sent me a text last week written in invisible ink, I had no idea something like that existed. Thankfully he sent it again with real words and real ink apparently because I could read it. Good thing he resent it I told him, because I didn’t have my spy glasses with me. Pretty stealthy.

When our son DJ was young, we were heavily involved in the very worldly world of AAU basketball. He was playing a lot and every year we had to make the decision of what team/which coach he should play for. Turns out that there are a lot of agenda’s in 12 year old basketball. Lots of manipulation, lots of promises, lots of lies. I would get into conversations that would go round and round and I would be searching for the truth in what was being said… and I couldn’t get it. Once I was on the phone and a dad was yelling at me for 45 minutes. Another time someone told me: “You stink”. It was all very confusing.
I came to realize it’s a different language. Believers in Jesus and people who don’t believe in Jesus should look at everything from a different starting point and have a different ending point. It was often futile.

So when Paul writes in I Corinthians 6 in a shaming and sarcastic way, “Why would you take your argument to the ungodly to judge – you mean no one among you can handle these disagreements?” he’s stating the obvious – there is not a common ground. There’s a different starting point and different ending point. So it’s futile.

Most of us don’t live in the daily life of courts and lawsuits. But most of us have disagreements. In our homes, in our churches, in our jobs, at schools. And people who don’t know Jesus are watching to see if we are different. Can we handle it in a God-honoring way? Can we be wronged or cheated and let it go? Let God straighten it out? Man that’s hard – but what a testimony to those who are used to “me first and everyone else get behind me because I am right”
Let’s be different – let’s speak the language of love and grace. Let’s work things out with truth & love.

“But you were washed, you were sanctified, you were justified in the name of the Lord Jesus Christ and by the Spirit of our God” I Corinthians 6:11