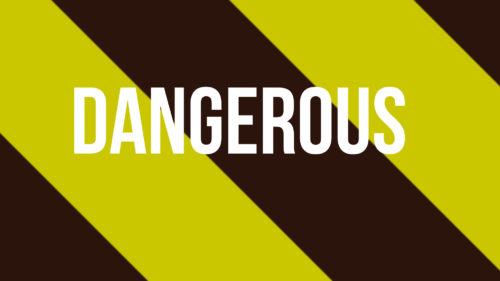 If you’ve had any exposure to media recently – and if you’re like me, you can’t avoid it even when you try – then you know our culture is at war with itself.  As we get closer to an election, the most recent exhibition of this is in the form of political attack ads.  Advocates of one side or the other want you to believe their opponents are not only less capable or unwise – but DANGEROUS.  Things have devolved to the point where not just vocal attacks are encouraged – but also outright physical attacks –to fight the “enemy” threat.  In many ways it reminds me of the situation in Thessalonica midway through the first century.

As the curtain goes up on our study of 1st Thessalonians we find ourselves right smack in the middle of a clash of cultures.  Things began peacefully in Antioch: “And after some days Paul said to Barnabas, ‘Let us return and visit the brothers in every city where we proclaimed the word of the Lord, and see how they are’” (Acts 15:36 ESV).  So the intent was a reunion tour – sounds innocent enough, right?  But somewhere along the way Paul gets the CRAZY, RADICAL idea to take the Gospel to Europe personally for the very first time.

Acts 17:1-9 details the story of the church planting in Thessalonica. Paul preaches in the synagogues that Jesus is the Christ, and starts to win converts from both Judaism as well as from the local pagan society.  It doesn’t take long before the local culture becomes offended and threatened by the new upstart Christian movement: “…taking some wicked men of the rabble, they formed a mob, set the city in an uproar, and attacked the house of Jason, seeking to bring them [Paul and Silas] out to the crowd” (1 Thess 17:5 ESV).  The mob shouts “These men who have turned the world upside down have come here also, and Jason has received them, and they are all acting against the decrees of Caesar, saying that there is another king, Jesus” (1 Thess 17:6-7 ESV).  Paul, Silas, and the fledgling church were DANGEROUS to the local culture because their Gospel threatened to disrupt the power structure status quo.

Was Paul wrong to have crossed the Aegean Sea and stir up trouble?  Wouldn’t the more civil thing to do have been to stay where he belonged and not incite such conflict and danger?

I can’t help but think of these things and how they might apply to Living WATERS as we study 1st Thessalonians.  The conflict and chaos in our modern-day culture are massive, and it can be easy to feel powerless to do anything.

We are experiencing many of the same things as the 1st century church in Thessalonica.  We offend a culture that rejects the Gospel and wants to normalize sin.  We are ruled by a government that wants only docile compliance from Christians.  Some in the church itself offer false teaching and say we should go along with cultural norms.

As we will see in our study, Paul exhorts the Thessalonian Christians to be ready for Christ’s return and accordingly to live a life pleasing to God.

Are we of Living WATERS capable of doing what the Thessalonians did?  Do we love Jesus and His Gospel so much that we can’t restrain ourselves from talking to others about Him?  Can we love and forgive and offer grace in ways that make us so different from the surrounding culture that we are actually seen as a threat?

Is there a risk that you might infect our current culture with the Gospel?  Is there any possibility you might turn the world upside down?  Are you DANGEROUS???

“For I am not ashamed of the gospel, for it is the power of God for salvation to everyone who believes, to the Jew first and also to the Greek.  For in it the righteousness of God is revealed from faith for faith…” Romans 1:16-17 ESV